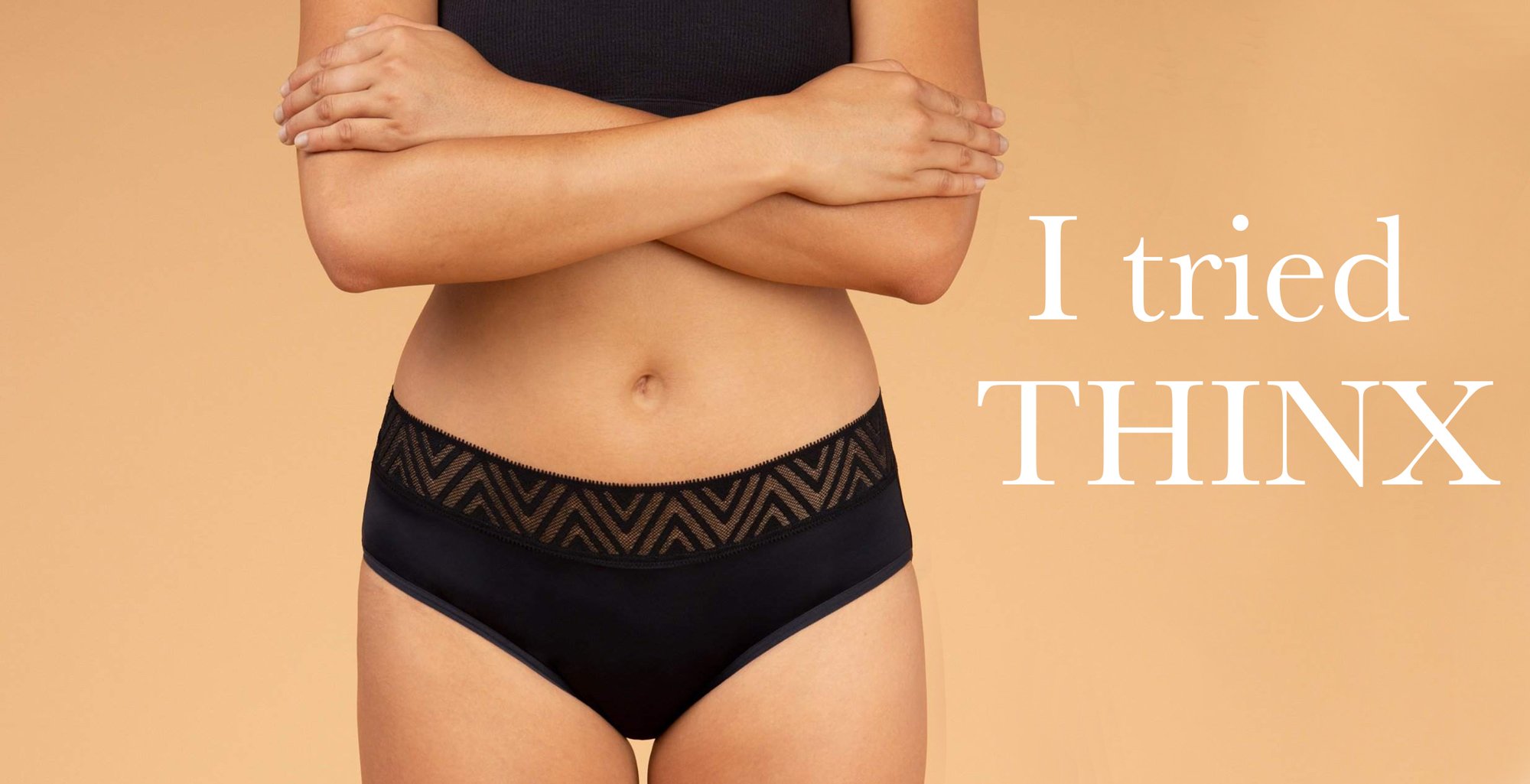 This THINX Period Underwear review is two years in the making. I’ve been using THINX for awhile now, so I finally wanted to blog about my experience using them.

Throughout two decades of having periods, I’ve only used pads. (Tampons just aren’t for me.) Buying pads month after month add up, and in the effort to save money long-term and to help the environment, I bought period underwear from THINX.

I was super excited when I first learned about them. I am someone with slightly irregular periods – my period isn’t a normal 28-day cycle, but it can fluctuate between 32 and 35 days, with some months it’s 37 days. This is just how my body operates.

I use a period app on my phone to keep track of when my period plans to arrive, and it does an amazing job of keeping track … but I still have period accidents (i.e. I think my period is coming in two days, and it ends up coming today, and I end up bleeding all over my regular underwear and jeans). Period accidents are embarrassing to say the least, and I’ve had A LOT of period accidents in the past decade. 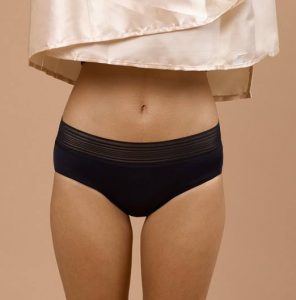 So I was super excited about THINX Period Underwear. The company has a variety of different types, and new styles seem to appear every day.

The heavier day ones can hold up to two tampons worth, according to the company website. When I learned this, I was like YAY! Finally, I can wear have my period without feeling like I’m wearing an uncomfortable wet diaper. Wahoo!

So I went out and spent about $200 on an assortment of THINX Underwear. They are expensive underwear – they range from $24 to $38 each.

THINX is NOT, NOT, NOT for Heavy or Medium Days.

The first time I used THINX (brand new, never washed), they worked amazing. I slept in my Hiphugger and when I woke up, no explosion of blood, no staining on my PJs … then I washed them.

I followed the instructions on their website – I rinsed them by hand (a little gross to see all the blood that’s come out of your body), and I washed them in my cold wash with a gentle detergent. I hung my underwear dry.

After I washed them, the THINX experience was terrible.

The second time I wore my THINX underwear, I was having a heavy to medium day. About an hour or two of wearing THINX, my period underwear felt wet. It’s not a pleasant feeling. It makes you feel gross in fact. It was as if the underwear wasn’t absorbing my blood, and it was just pooling there. An hour later, I had bled through the underwear and a red blotch appeared on my pants. REALLY UPSETTING since I was at work.

I learned very quickly that THINX period underwear is only meant for pretty light days. Unfortunately, it’s not a pair of underwear you can wear all day. You need to change it at least once, or it gets super smelly. Even on a light day, by the end of the day, the THINX underwear smells like dirty vag. Thinx period panties smell bad. Seriously. It’s disgusting.

In the end, I still have my THINX underwear. However, I use them as backup under my washable cloth menstrual pads. The washable pads are MUCH BETTER at absorbing all my menstrual blood. (I now use Heart Felt Reusable Cloth Menstrual Pads, and they work amazing!)

Sometimes I wear my THINX period underwear on days where I think my period might start (to prevent accidents). I also wear them on light days toward the end of my cycle.

Unfortunately in my experience, they just aren’t meant as a replacement for traditional menstrual pads. They are great as back-up, but you shouldn’t use them alone on heavier days.

A last word on the quality – the lacing at the top of the THINX underwear is cute, but it starts to come apart after awhile. The lacy part of my oldest pairs of THINX underwear are tattered now. For such an expensive price, I honestly expected them to last longer than they have.

In general, I think they are still a great product for days you’re expecting your period, or on light days.

Have you used THINX Underwear? What do you think of them? Let me know in the comments below!

This is not sponsored by THINX. Every single pair of Thinx underwear I bought using my own money. However, this post may contain affiliate links. Please read our disclaimer for more info.