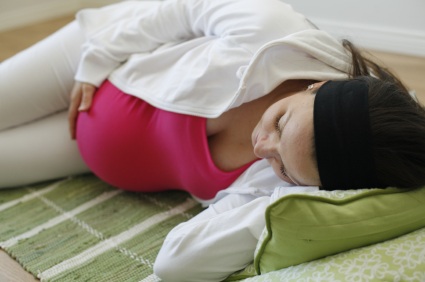 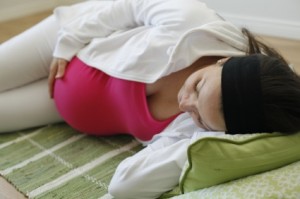 Handing me two prescription bottles, in a stern, somber voice, the pharmacist, an older man with graying hair, looked at me and said, “take these medications only if you absolutely must.”

At about 8 weeks pregnant with my second child, I was desperate. The morning sickness began promptly at 6 weeks and immediately became unbearable. Extreme nausea and vomiting plagued me all day and night. When I stood up, I got dizzy and threw up, even if I hadn’t eaten. I was exhausted from the lack of sleep and was subsisting on bread and juice.

Dragging myself to my OB/GYN, I practically crawled into her office with my husband, Barry, holding me up for support. I need some relief, fast.

I’d had similar symptoms with my first pregnancy 2 ½ years earlier, but I’d managed to keep working full time and quell the symptoms with the Relief Band, a pulsing wristband that looks like a watch. At exactly 12 weeks, my symptoms disappeared.

This pregnancy, however, the vomiting was so severe I couldn’t move without throwing up. I took a leave of absence from work and stayed in bed, unable to do anything, including care for my 2 year-old daughter.

My OB/GYN took one look at me and said, “you need help or I’ll have to check you into the hospital.”

“What are my options?” I asked.

My doctor explained there were prescription medications, Zofran and Phenergan, which would take away most—but not all – of my symptoms of morning sickness. She told me that while she felt the medications were safe, they were only prescribed in the most severe cases, like mine.

Of course, my first question was about the health of my unborn baby. Barry wanted to know if there could be any harm to the baby, including birth defects. My doctor responded that studies had shown these drugs, which had been on the market for some time, to be safe in animal studies, but nothing could ever be ruled out because no studies had been done on pregnant women. No researcher would ever risk the health of a pregnant woman or her unborn baby, she told us.

“I’ll take the prescription,” I said.

Worried sick and filled with anxiety, I walked slowly to the pharmacy located on a lower floor of the medical building. My head was spinning with scary thoughts about the baby’s health. I was physically and emotionally exhausted. I hoped relief was on the way.

As the pharmacist handed me the two bottles of pills with the stern warning, I almost collapsed. It felt like the choice between two seemingly unbearable options. Take the medications and feel better, but create a small risk to the baby. Or, continue on as I had been and risk my own health and sanity. Not a Hobson’s Choice, but pretty close.

I decided to take the medication. As I recall, within about a day or two, I began to feel a bit better. I was still nauseated, but I stopped throwing up. I started doing things around the house. My head cleared and I felt somewhat normal again. I didn’t return to work right away, but I was able to function again. I felt like I was going to make it. Of course, I worried constantly about the baby’s health.

I was never diagnosed with the condition, hyperemesis gravidarum (an extremely severe form of morning sickness than can require hospitalization) because I may not have fit all the criteria, but I’m sure I had some of the symptoms.

As with my first pregnancy, at 12 weeks, my morning sickness symptoms went away. I immediately went off the medications.

If I had to make the same decision again, I’d do it all over again. I tried to function with severe morning sickness, but my downhill slide was frightening to both my husband and me. I needed the help of the medications and they did what they were intended to do. 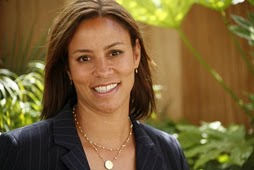 Christina is a former vice president at Fleishman-Hillard, a global public relations firm. She has a 7-year-old son and a 10-year-old daughter. Christina lives in Los Angeles with her husband and kids. She has a B.A. from UC Berkeley and an M.A. from UCLA. Christina has written recent guest blog pieces for Mamapedia, BlogHer Syndication,Open Salon (Edior’s Pick Front Page), The Mother Company, The Well Mom, Reading Kingdom, Girls Lunch Out, Front Page of Divine Caroline, The Twin Coach, A Child Grows In Brooklyn, ecomom, Power of Moms, The Culture Mom, Diary Of A Mixed (Up) Kid, Sane Moms and Macaroni Kids.

Medicine in Pregnancy: An Overview