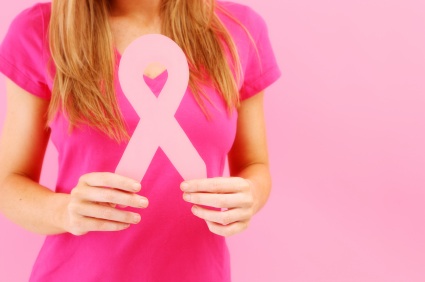 No woman wants to hear that she has breast cancer, but every year in the United States, over 260,000 women will discover that they have breast cancer. In fact, breast cancer is the most commonly diagnosed cancer among women (excluding non-melanoma skin cancer), and it is the second leading cause of death among women. (Lung cancer is the first.)

Because of the high breast cancer statistics, doctors and healthcare professionals recommend that women undergo regular mammogram screening to detect breast cancer in its earliest stages. According to a new research study, published in last month’s issue of Radiology, women should consider scheduling their mammograms for the first week of their menstrual cycle – i.e. the week that you’re bleeding.

Researchers found that mammograms conducted the first week of your menstrual cycle may be more accurate, since your breast tissue may be less dense.

In 2009, the U.S. Preventative Services Task Force – an independent panel of health care providers who decide on medical guidelines based on clinical research – shocked the medical community by announcing that women should wait to have routine mammograms starting at age 50, not age 40. The task force argued that there was strong evidence that mammogram screening reduced a greater number of breast cancer deaths for women between 50 and 74, than for women between age 40 and 49.

Despite this announcement, the American Cancer Society, the American Congress of Obstetricians and Gynecologists, and major medical centers around the United States maintained that women over 40 should have routine mammograms.

Dr. Diana Miglioretti, PhD, a senior investigator from Group Health Research Institute and author of the new research study, and her co-authors wanted to examine the heart of this recent controversy.

Mammograms and their Accuracy

While mammograms are fairly accurate, they can occasionally give out false positives and they also miss a small percentage of breast cancers. According to the American Cancer Society, mammograms don’t work as well in younger women, due to their breasts being dense. Dense breasts can hide a tumor.

Dr. Miglioretti and the researchers on her team examined 387,218 screening mammograms from premenopausal women. Of these, 1,283 mammograms were linked to an actual case of breast cancer.

The increased sensitivity was only for women with a mammogram screening in the past two years, not for first-time screenings. Dr. Miglioretti says that when a first screening finds a cancerous tumor, it’s a relatively large tumor. For women who’ve had mammograms before, when a tumor is found, it is usually smaller.

In addition, the research study only looked at screening mammography, not diagnostic mammograms.

Early breast cancer usually has no symptoms. When you start to experience symptoms, the tumor tends to be larger and it is more likely to spread beyond the breast. Early detection saves lives, and even though the mammogram screening guidelines have been pushed to age 50, I personally recommend that all women over the age of 40 have routine mammograms.

The statistics are scary. If you’re a woman, your risk of having invasive breast cancer at some point in your life is around 1 in 8, and your risk of dying from the disease is 1 in 35.

Get routine mammograms, and consider scheduling it during your period. Your breasts are usually less tender, and the procedure will be more comfortable.

You May Also Enjoy: