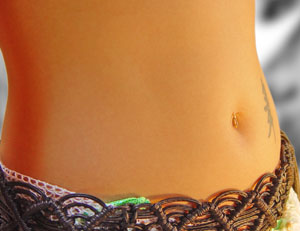 Irritable bowel syndrome (IBS) is one of the most common medical problems in the world. It affects up to 20 percent of the population of the United States, and far more women suffer from it than men. Currently, 55 million Americans suffer from IBS.

This article is going to take a look at the symptoms, causes and treatment of IBS.

Before we start, it’s vital to point out that IBS cannot be self-diagnosed. There are many, many medical problems that can cause bowel symptoms, and IBS is just one of them. If you’re reading this and suffering from gastrointestinal problems, then you need to see a doctor – no exceptions!

Irritable bowel syndrome is a disorder that affects your large intestine, and it can cause you to suffer from bloating, gas diarrhea, constipation, cramping, and abdominal pain. It can be painful, but it doesn’t cause you to suffer any permanent damage to the colon (large intestine). Also called “spastic colon,” IBS is not the same as inflammatory bowel disease – which includes ulcerative colitis and Crohn’s disease. Unlike with inflammatory bowel disease, IBS does not change the structure of your bowel, and it doesn’t cause any inflammation in your intestines. IBS also does not increase your risk of getting colorectal cancer.

Some people can control their IBS symptoms with dietary changes, managing their stress level, and with lifestyle factors.

IBS can develop at any age, but it typically starts in the adolescent years or early adulthood. Interestingly, this is also a time of high stress.

Let’s look at the typical symptoms of IBS. The signs and symptoms of this disorder can be mild or severe, and they can be similar to other diseases. That’s why you need to always contact a doctor and avoid self-diagnosing yourself when you have gastrointestinal discomfort. Only a doctor can diagnose you with IBS.

The common symptoms of IBS include the following:

Sometimes, the abdominal pain and other IBS symptoms will go away after you have a bowel movement. For some individuals with IBS, their symptoms get worse for a month, and then decrease in severity for awhile. Other times, IBS symptoms are always there and you don’t get a break from them.

There are three main types of IBS:

For many people with IBS, they have mild symptoms and signs of IBS. Other people, unfortunately, can have disabling symptoms that wreak havoc on their lives. IBS is a chronic condition.

Unfortunately, no one really knows what causes IBS. There are a number of theories, and some doctors believe that an overgrowth of “unfriendly” bacteria in the intestines may be to blame. Many people first notice IBS symptoms following a course of antibiotics or an episode of food poisoning, which would support the idea that something has gone wrong with the level of bacteria in the colon.

Other patients first experience symptoms following surgery or a particularly stressful time in their lives. Because the intestine is connected to the brain, there are signals that go back and forth between your brain and your bowels. These signals can affect how your bowel functions. When you are under a lot of stress, your intestines may become more sensitive and contract more often.

Hormones may also play a role in the development of IBS in certain people. Because more women experience IBS than men, some experts have theorized that hormonal changes play a role in IBS. There are many IBS sufferers who find that their IBS symptoms become worse during the time they have their menstrual periods.

Sometimes, some people just seem to develop IBS symptoms for no apparent reason.

There is also a genetic component to IBS. Research studies have indicated that people who have a first-degree family member – like your parents or a brother or sister – are at more risk of getting IBS, too.

It is important to say that IBS is not “all in your head,” and it isn’t a psychological problem. Forty years ago, IBS patients were routinely told that their symptoms were due to neurosis and hysteria, but doctors now know better!

The goal of any IBS treatment is to relieve the gastrointestinal discomfort and symptoms. There is a range of different treatments for IBS.

Medications like Lotronex and Zelnorm have been developed specifically for IBS sufferers, and anti-depressants are sometimes used too because they can have gastrointestinal side effects.

Special diets can also be useful. A gluten-free diet can be quite difficult to follow, as it means cutting out everything that contains wheat and gluten (bread, cake, biscuits etc), but it does offer good results for some people, and many gluten-free products are now available.

Other sufferers use a dairy-free diet instead, or a more complicated exclusion diet, where different food groups are excluded from your diet for a week or more and then gradually reintroduced to see when symptoms occur.

For some people with IBS, they may find that lifestyle changes – like regular exercise and better sleep at night – can help alleviate their IBS symptoms.

Finding a treatment that works for you can involve quite a bit of trial and error, but there should be something out there that can help you keep your IBS under control.

And don’t forget, if you haven’t seen a doctor about your symptoms, do that today – otherwise, you might well be suffering from celiac disease, or Crohn’s disease, or colitis, or lactose intolerance, or endometriosis…and not IBS at all.

About The Guest Author

This article was written by Sophie Lee from IBS Tales, where you can read more than 600 personal stories from irritable bowel syndrome sufferers.