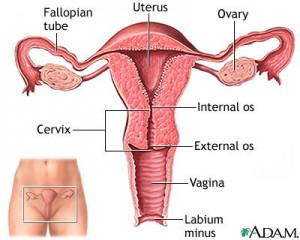 Last month, Pregnant in Heels star Rosie Pope made a heartbreaking confession. Before the birth of Wellington Reade in February, the reality star had suffered an ectopic pregnancy, which caused her to lose one fallopian tube. No one really talks about ectopic pregnancies, since they are such tragic events that are fairly rare. However, rates for ectopic pregnancies are increasing.

Ectopic pregnancy used to be extremely rare, but in the last three decades, this pregnancy complication has become more common. According to the American Congress of Obstetricians and Gynecologists (ACOG), roughly 1 in 50 pregnancies is an ectopic one.

What is an Ectopic Pregnancy?

Once an ectopic pregnancy is diagnosed, the pregnancy has to be terminated. This can truly be heartbreaking for the woman it affects.

Are You at Risk for an Ectopic Pregnancy?

This subset of “high risk” women includes smokers, women over age 35, and women who were exposed to the drug diethylstilbestrol (DES) while in the womb.

Women who have scarring in their fallopian tubes are at higher risk for ectopic pregnancies as well. When there is scar tissue in the fallopian tubes, this may make it more difficult for the fertilized egg to reach the uterus. Conditions that might cause fallopian tube scarring include pelvic inflammatory disease, a sexually transmitted disease, infertility, and endometriosis. If you’ve had previous tubal surgery (like getting your tube tied) or you have a history of ectopic pregnancy, you’re at higher risk for this pregnancy complication.

Signs and Symptoms of an Ectopic Pregnancy

What makes ectopic pregnancies complicated is that the signs and symptoms often feel like regular pregnancy symptoms. Common signs of an ectopic pregnancy include nausea, fatigue, sore and tender breasts, a missed menstrual period, and increased urination. All of these signs are nearly identical to the signs of early pregnancy.

If the ectopic pregnancy progresses, the woman may start to notice other symptoms, including abdominal or pelvic pain, light or heavy vaginal bleeding, pain during sexual intercourse, feeling dizzy or lightheaded (due to internal bleeding), and shoulder pain (due to blood from the ruptured fallopian tube building up under the diaphragm).

The bottom line is that it’s difficult to diagnose an ectopic pregnancy based on its signs and symptoms. Diagnosing this condition takes time, and it often involves a pelvic examination, an ultrasound exam, a blood test (to check the levels of the hormone hCG – the pregnancy hormone), and a blood pressure check (since low blood pressure can indicate internal bleeding).

Should You Be Worried?

Don’t be scared of having an ectopic pregnancy. The chances are good that you’ll have a healthy pregnancy. But, if you’re worried about anything, or you feel that something just isn’t right, don’t hesitate to pick up the phone and call your doctor or midwife right away. Trust your gut feelings!