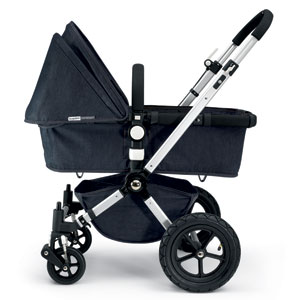 Choosing a baby stroller can be overwhelming, especially for first time parents. Too many brands to choose from, too many makes and models . . . in a variety of price ranges. What’s the best choice for your family? My advice is to do your research, look into the advantages and disadvantages of each, and consider your needs and your budget.

In today’s guest post, writer Liese Bokdam gives you an overview of different Dutch Strollers brands and the history of each. It’s an interesting topic, and I hope you enjoy learning.
– DP

There’s a Dutch saying “use your brain if you lack the muscle”. This definitely holds for a small country like Holland, where they mostly have to depend on knowledge and design capabilities to be successful in the modern world. The stroller branch is a perfect example that this is far from impossible. Not many people know this, but a lot of popular strollers have Dutch roots. This article will discuss these strollers, and take a look at what could be the next rising Dutch stroller.

The Bugaboo success story says it all. It started in Eindhoven in the south of Holland, 1994. Design Academy student Max Barenbrug redesigned the stroller as his (later to be awarded) final project. After graduating, Barenbrug was unable to sell the stroller design because no company was willing to take the risk of manufacturing a design so different from the existing strollers. A couple of years later, a fine-tuned model was better received but Barenbrug and his associate Eduard Zanen decided to manufacture the stroller themselves. Not a bad choice, since it turned out to be a popular stroller at its 1999 Dutch debut. But the big step came in 2002, when in an episode of Sex and the City Miranda was seen with the Bugaboo Frog. Since then, the stroller brand got hugely popular by celebrities. Madonna, Gwyneth Paltrow and Gwen Stefani amongst others were seen with the stroller. This all lead to the fact that Bugaboo is one of the world’s leading stroller manufacturers.

Another worldwide recognized stroller brand is Quinny, now owned by the Canadian Dorel Industries Inc. which also produces the Maxi Cosi car seats. The Quinny brand was founded by the Dutch company Quint B.V. In 2001, after designing strollers for more than half a century, the company was sold to Dorel Industries. Dorel however decided to stay in Holland and outsource the design of the new strollers to Dutch company Van der Veer Designers, where in 2004 the Quinny Buzz and Quinny Zapp were born, and in 2009 the Quinny Senzz. In 2007, Van der Veer Designers also designed the Maxi Cosi Mura for Dorel, which is in fact a Dutch design as well.

With Bugaboo, Quinny and the Maxi Cosi Mura already on the list, what else have we got? For example Mutsy and Easywalker strollers. Although less popular than the previous ones, they are sold all over the world, and models like the Mutsy Rider or the Easywalker Duo are quiet known in the US as well. Although both companies and designers are Dutch, the designer of Easywalker was inspired by American stroller use. So maybe that one doesn’t really count.

So what’s new? Well, maybe not all that new, but in 2007 the Joolz Bloom was first introduced. As Dutch owner Emile Kuenen writes on his website, he and his partners got the idea to create the Joolz stroller on a sunny day in Amsterdam, 2005, cruising the city canals on a boat trip. After the Bloom in 2007, the current Joolz Day was first seen in 2009, which is a perfected version of the Bloom. This stroller is fighting the odds and keeps gaining more and more market share in Europe. The stroller design focuses on ergonomics, keeping tall people in mind. This might turn out to be a very successful formula.

A new stroller in 2010 was the award winning Mima Kobi, which has a very fresh and original design. Although Mima is a Spanish company and owner Davy Kho now lives in Spain, he is a Dutch designer which studied in Holland. The Mima Kobi is not yet very known with the wide public, but the stroller is still very young and, according to some experts, has got a lot of potential.

Liese Bokdam is a Dutch webdesigner and content writer, and a big stroller fan. With her Dutch strollers site she hopes to help parents choosing the right stroller and inform them about the aspects important for selecting one. Liese herself is the proud owner of a black Bugaboo Cameleon.