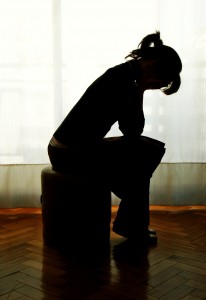 A chemical pregnancy can be very upsetting, especially if you’ve been actively trying to conceive and desperately want a baby. It gets your hopes up for a pregnancy, but in the end, it’s just a very early miscarriage.

Here’s how a chemical pregnancy goes down – you take a home pregnancy test around the time of your missed period, and you are delighted to see that it shows a faint positive. (Of course, you are super excited and you share the news with your husband and maybe your family members.) Then, only a few days later, you start bleeding and have a heavy menstrual period. You are so bummed out, and if you ask your OB/GYN or doctor, he or she will just tell you that it was a “chemical pregnancy” – or a very, very early miscarriage.

What is a Chemical Pregnancy?

So, what is a chemical pregnancy in the first place?

A chemical pregnancy is an early miscarriage that occurs before the 5th or 6th week of pregnancy – within a week or so of your missed period.


Your partner’s sperm did fertilized your egg, and the fertilized egg moved through the fallopian tubes and implanted in your uterine lining. (It’s also possible that the fertilized egg implanted in the fallopian tubes, too. There’s no way of knowing where the egg attached.) Once implantation occurs, the hormone, hCG was released in your blood stream. This is the reason that your home pregnancy test indicated that you were pregnant.

Unfortunately, the pregnancy did not take and you miscarried very early. After you miscarry, the hCG levels in your blood stream decreases.

Because the miscarriage occurred in the early stages of gestation, an ultrasound would not be able to detect a pregnancy – the gestational sac hasn’t formed yet.

And because a chemical period usually occurs within a week of a missed menstrual period, most women never realize they were pregnant, unless they took a home pregnancy test. Many women just believe that their period was one or two weeks late. In fact, chemical pregnancies are very common.

Did you know that an estimated 60 to 70 percent of all pregnancies end in chemical pregnancies? Many of these are undetected pregnancies, because the women just experiences a late period or has a heavier flow menstrual period. These women think nothing is out of the norm.

The only way that a doctor would have diagnosed a chemical pregnancy is with a biochemical blood test – like a hCG blood test to detect the levels of the pregnancy hormone, hCG in your bloodstream – or with urine pregnancy test.

However, if you wait too long to go to the doctor, there will be no indication you were ever pregnant, because your hCG levels will go back to zero after the miscarriage occurs.

Signs and Symptoms of Chemical Pregnancy

For many women, they never experience any external signs or symptoms of pregnancy. If they do have symptoms, it might be common PMS symptoms – such as bloating, fatigue, breast tenderness, and nausea.

Because chemical pregnancies end in vaginal bleeding, and it occurs at around the same time as your normal period – albeit a little later than your period – most women think they just experienced a late period or a delayed period that month.

In general, most women who experience chemical pregnancies never knew they were pregnant in the first place. It’s typically only women who are trying to conceive that will notice that they experienced this very early miscarriage.

Also, because there is no way of knowing where implantation took place, it’s possible that the fertilized egg implanted in the fallopian tube. If it was the case, the ectopic pregnancy ended naturally. The body rejected the ectopic pregnancy, so it was a blessing in disguise.

It’s also possible that the chemical pregnancy occurred because of immunological implantation rejection – the woman’s immune system saw the early pregnancy as “foreign” and rejected it from the body.

There are many reasons why a chemical pregnancy occurred; you may never know why you experienced a chemical pregnancy. But take heart – it was not meant to be, and many women are able to successfully get pregnant again in the future and have a healthy baby.

Because chemical pregnancies occur so early in gestation, it often does not affect many women’s cycles. A majority of women will go on to have normal cycles after this miscarriage. For example, some women, they will ovulate 14 days (2 weeks) after this early miscarriage (their “period”).

Other women, it’s normal to have an “off” cycle (your next period arrives earlier or later than usual) after you have a chemical pregnancy.

However, unlike with other miscarriages, you often don’t need to wait before you try again for pregnancy. (However, your doctor may advise you to wait one menstrual cycle, depending on what he feels is best in your individual medical situation.) You may want to wait, however, if you need time to grieve for the lost pregnancy.

Pregnancy after a Chemical Pregnancy

Many women who have the heartbreaking, unfortunate experience of a chemical pregnancy can go on to have a healthy pregnancy. I

f you read any mommy or pregnancy forums, you will see an overwhelming number of women who’ve had chemical pregnancies who are able to get pregnant again. There are number of moms actually fall pregnancy almost immediately after having a biochemical pregnancy/early miscarriage. So there is hope that you can have a healthy pregnancy.

Best wishes to all of you!