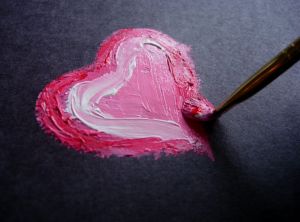 Fertility and conception are tricky matters. For some women, getting pregnant is as easy as pie. All they have to do is jump in the sack with a willing partner, toss out their contraception, and enjoy the ride. Unfortunately, not all women have it that easy. For the unlucky ones, conception becomes more of a science. It may become a nightly chore, a mating ritual that revolves around using ovulation kits, using period tracker apps on their iPhones, a succession of fertility tests to pinpoint possible complications, visiting fertility specialists and so forth.

If you are one of the unfortunate couples having a hard time conceiving, consider the following tips to help you get pregnant faster.

Make Love Every Other Day

This is just common sense. If you want to get pregnant, you have to have sex. A lot of sex. It’s as easy as that. Doctors recommend that couples trying to get pregnant should have sex every other day, not every day. Waiting that extra day helps build up the sperm supply – and increases your chance of pregnancy.

Some women delay having sex until around the time they ovulate. While having sex around the time of ovulation helps your chances of pregnancy, you don’t want to wait until you ovulate to make love. Some women don’t always ovulate when they think they will, so making lots of passionate love is not only fun (for both of you), but it’s covering your bases so you don’t miss any opportunity to get pregnant.

The key here – have lots and lots of sex.

To boost your chance of getting pregnant, you may want to try the missionary sexual position (man on top). This helps deposit the sperm close to the cervix, and it may just give you that extra push to get pregnant. You will want to avoid any position where the woman is on top – this makes it easier for sperm to leak out.

This might sound funny, but after you’ve finished having sex, lay on your back with your legs up in the air. This will prevent sperm from falling out of you, and it may help sperm stay inside your vagina longer.

Use an Ovulation Kit

If you are serious about wanting to get pregnant, you should invest in an ovulation kit. They are available over the counter at any pharmacy, and they will help you predict when you’re ovulating (i.e. most fertile) and most likely to get pregnant.

Ovulation prediction kits work by measuring the level of luteinizing hormone (LH) in your body – LH is one of the hormones that signals your ovaries to release an egg during ovulation. LH levels rise about 36 hours before ovulation, but most ovulation kits won’t detect it until 24 hours beforehand. To get the most use out of an ovulation kit, you should start testing your urine nine days (a week and two days) after the start of your last period. This way, you won’t accidently miss your ovulation period.

If you’re looking for a useful ovulation prediction kit, consider the ClearBlue Easy – which measures both LH and estrogen levels, and it can predict ovulation up to five days before it happens. Check it out.

Ovulation prediction kits can be expensive, though. So if you want an easier way to figure out when you’re ovulation, consider using an iPhone or an iPod touch app that tracks your period. I use the Period Tracker on my iPod touch – which tracks the length of my cycles and calculates when I’m ovulating.

As a rule of thumb, women with 28-day menstrual cycles typically ovulate 14 days after the first day of their period – usually at the end of the second week of your cycle.

If you’d rather go the old-fashioned route, you can always monitor your cervical mucus to track your ovulation. While it’s not as reliable as an ovulation kit, it’s absolutely free. You just have to keep track of your vaginal discharge. When you’re ovulating, your cervical mucus is thick and stretchy – if you touch it with your fingers, you can stretch it about an inch before it breaks. (Gross, but a good way to tell whether or not you’re heading toward ovulation zone.)

You can also chart your basal body temperature to tell whether or not you’re ovulating. Your temperature typically lowers about half a degree 24 hours before you ovulate, and then increases during ovulation.

Have Sex before Ovulation

The best way to get pregnant is to have lots of glorious sex the week that you will ovulate. Because sperm can live up three to five days after ejaculation, you’ll want to maximize your chance of pregnancy with lots of sex that week. Unfortunately, your egg will only survive about 24 hours after you ovulate. So it’s best to have sex before ovulation, not afterwards. 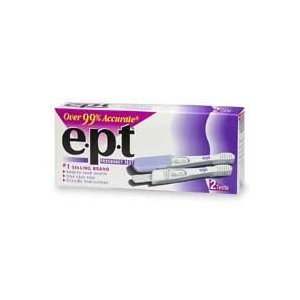 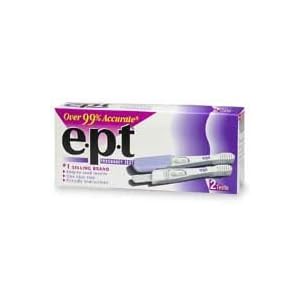 Whether you’re trying to conceive, or you’re afraid that you accidentally got pregnant, you will want to know the answer to – “How Accurate are Home Pregnancy Tests?” In order to understand the accuracy of home pregnancy tests, you have to first learn about how they work, what hormones they measure, and how soon you can take the test.

END_OF_DOCUMENT_TOKEN_TO_BE_REPLACED

Am I pregnant? Could I be?

If you’ve just missed your period, chances are you are definitely wondering whether or not you could have a bun cooking in the oven. Maybe you’re ready to be a mom. Maybe you’re not. But if you think you might be preggers, you’ve got to find out.

If you’re a smoker or a regular drinker, pregnancy will completely change your lifestyle. Being pregnant means no cigarettes, absolutely no alcohol. It also means that you’ll have to be more careful about what you eat. (Like if you love soft cheese, like blue cheese, you’re going to have to avoid it throughout your entire 40 weeks of pregnancy.) And then, there are the prenatal vitamins that you have to take to ensure the health of your developing baby. (Folic acid is crucial, and you should be taking an extra folic acid supplement if you think there’s any chance – even a remote chance – that you could be a mom-to-be.