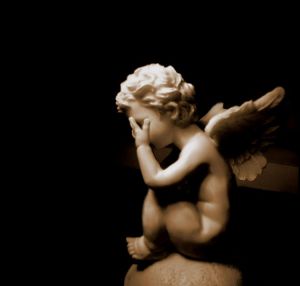 Did you know that October is SIDS Awareness Month? (Yes, I know it’s the end of the month, but I think this is a worthy topic to blog about. And an important one, especially with the infant sleep positioner recalls recently).

SIDS – or sudden infant death syndrome – is a silent killer that claims the lives of an estimated 2,500 seemingly healthy infants each year. Like its name implies, SIDS is the sudden and unexplained death of babies under one year old. More SIDS deaths occur between 2 and 4 months of age, and the risk increases during the winter months. It affects more boys than girls. And despite years of research, this disease remains the leading cause of death among infants between the ages of one month and one year old.

While your child’s risk of SIDS is rare, it’s a frightening phenomenon. Unsuspecting parents come into the nursery to check on their newborn, only to find that he has died in his sleep. Parents are left devastated and with no answers. While scientists have pinpointed risk factors for SIDS, they still do not know what causes it or how to prevent it. They only have theories.

Many researchers now argue that SIDS babies are born with one or more conditions that make them vulnerable to certain stressors. Some scientists believe that these babies may be born with defects in their nervous system – in the areas that control their breathing and heart rate. In addition, SIDS babies may have immature brainstems, compared to other babies. The brainstem region is the area that controls their respiratory function (breathing) and wakes them up from sleep.

When a baby with these vulnerabilities is placed in a compromising position, such as being placed stomach down with their faces burrowed in soft bedding, they have a harder time being aroused from sleep (due to their immature brainstems), so they continue to “re-breathe” (inhaling their own exhaled air). When these infants “re-breathe,” the level of carbon dioxide in their bodies increases and the level of oxygen decreases. Eventually, this lack of oxygen will cause their deaths.

For this reason, all doctors and pediatricians recommend that you place your baby to sleep on his back on a firm mattress.

Fun Fact: The SIDS deaths in the United States has declined over 50 percent since 1994, when parents were first encouraged to put their babies to sleep on their backs.

Despite this encouraging statistic, babies still die from SIDS every year. And unfortunately, there is no known way to prevent SIDS, however, there are steps you can take to reduce your child’s risk.

One way to possibly prevent SIDS is to eliminate the known risk factors of SIDS, including:

You might be able to lower your child’s risk of SIDS if you follow these tips, as suggested by the American Sudden Infant Death Institute: