I have been on birth control since I was 16. The reason for that was because of my increased irregularity of my monthly visitor. Oftentimes it would be gone for months at a time then come back for three weeks, or I had to stay home from school from the intense pain that only happened every other time. It was hard being so active in high school while being down for two days, because I couldn’t leave my bed.

So, birth control became my way of solving that problem. It made me regular and consistent which drastically decreased my pain. That was a plus. From then until now, eleven years later, I have tried four separate types of birth control. Each one had its pros and definitely their cons.

First, let me start by saying that each method I used was 99.99 percent effective. This means that when used correctly, and I stress correctly, less than 1 out of 100 women get pregnant when using the birth control properly. Not even one percent is a very small percentage.

The four methods I have used are the pill, the patch, the Nuva Ring and the Depo-Provera Shot. 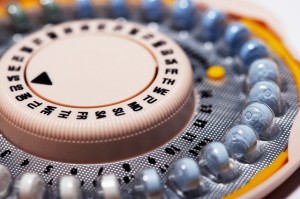 The pills I used for the longest period of time. From when I was 16 until I was 20 years old. I had also been on multiple kinds of birth control pills. There are different levels of estrogen in each kind of pill, and I had reactions – such as overly emotional moment, levels of nausea, and even breakouts in my face. I told my doctor, and she would lower the dose of estrogen. Finally, I was on the lowest level pill possible, called Yaz, and it never gave me any problems. It worked perfectly for me.

The only problem with the pill is having to take it at the EXACT same time EVERY DAY. Remember when I stressed use “correctly”. Even one hour off and it changes the effectiveness of the pill. Not maybe, not possibly. It does. It will drop from its 99.99 percent instantly. Example of this, when my younger sister was on the pill for years and ended up getting pregnant, I asked her if she took the pill at the EXACT same time EVERY DAY. Her answer was, “Sometimes”. There you go. Don’t do it. If you can’t take it on time every day, then try another method. So I did.

The patch seemed to be a very simple method, and it was, but I only used it for less than a year. 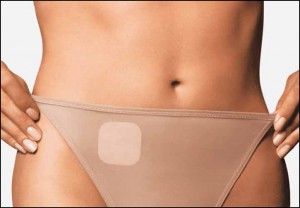 How it works: The patch is about a 2-inch square. It can be placed on the skin of your buttocks, stomach, upper outer arm, or upper torso, like the shoulder blade areas. You put one on for a week, take it off, and place another one in a different location. You do this for three weeks in a row, and then the fourth week, you leave it off. This is your period week. Easy enough, right? Right. You put it on, leave it and ignore it. So, what were the problems?

First, if you take a shower and let the soapy water run, which we all do, the edges of the patch will lift. You could easily put it back down after the shower, but after awhile the edges stayed lifted. It was annoying, and a bit frightening, to think the effectiveness dropped due to washing normally.

Second, if it’s on the arm or the upper back, it is clearly visible. I can’t tell you how many people asked me if I was trying to quit smoking. It may not have been uncomfortable for me to tell them it was a birth control patch, but I know not all women want to share their personal information.

Third, and the worst part for me, when you took off the patch, wherever it was on my body, there was a black ring of sticky residue left over from the week. It’s like when you tape something somewhere and constantly push it down to make sure it’s stays down, the black appears. So, for a week when I have a new one on in a different place, I still had a square somewhere else. I thought it was me, but I asked others who used it, same problem. Who wants to be reminded with dark, sticky left-behinds? 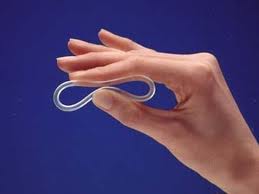 This method I used for more than three years. I loved this method the most, and I would absolutely recommend the Nuva Ring to all women. It is a bendable, flexible ring that is sized similar to the patch but round. You easily bend it in half, push it into where it is comfortable, and this is where I usually lose women, and leave it there for three weeks.

Do you have a ring inside of you for three weeks? Yes.

Is that weird for many women? Yes.

But let me tell you it was the most comfortable method I ever used. I never had to worry about it. It never moved, shifted, fell out (as is the worry of most too) or got in the way of activities (that’s the best way to say it, right?).

Three weeks in, one out for the period week, and then another in. No way to accidently be the cause of a lowered effective percentage. It’s there. You don’t feel it. And I don’t mean usually. I mean at all. I never felt it once. Made my life very, very easy.

So what is the problem with the Nuva Ring that made me stop using it? Well, the reason was purely a “because of my body’s chemical makeup” issue. Most women don’t have the problem that I started to have after using it for so long. It started to control my emotions. I would notice when I would have it out the fourth week I was much more able to feel emotions more than I could when I had the ring in. I know you might say, “Well the shift was because of the change in hormones. That’s normal.” And you would be 100 percent right.

The problem was I could physically feel the difference in me. My emotions were being halted when they shouldn’t have been. It started to feel like I was on medication. I didn’t like that feeling.  PLEASE, PLEASE don’t take this as a deterrence to using the ring. This is my own personal experience, and I don’t know any other women in my circle who had this issue. But I have to tell the experience as it was.

So, the next issue I faced was not wanting to have a shot. I thought it would put my period back to its irregular days with nothing feeding into my skin constantly, but after I tried to be on the pill again for a few months and missing those “correctly” moments, I opted to try it out. 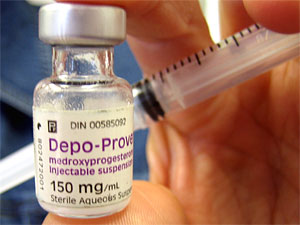 I have been on the Depo-Provera shot for more than two years now, and I am happy with it. No emotional blocks, no worries about changing the effectiveness, and here’s the best part, the shot lasts for THREE MONTHS. Yes, 90 days. I get one shot and don’t come back to the doctor’s office for THREE MONTHS. How is that for convenient? The only thing to do now is to make another appointment on time. They give you the date range you come back for your next shot, and there is still a two weeks grace period beyond that. If for some reason you still miss that time, and yes I have due to my schedule, it only take seven days for the 99.99 percent to be completely in effect. The pill, on the other hand, takes a whole MONTH to get back on track.

My one complaint, again it depends on the woman, is the “having a period” part. I have a light period, which is good, but it lasts the entire last month of the three months. It will be here for days, then it will stop, then come back. The next shot is what stops it, and I go back to normal. Others I have heard spot throughout the three months and many stop having any periods at all. So, this is a “try it and see what happens with your body” method. It all depends on you.

Well, now you have some firsthand experience with each of these methods. The first two have major issues that I don’t think are worth it, while the last two are amazing options. It just depends on you. Try them out, see what you like. No matter what: be safe, be careful, and plan ahead. Nothing is 100 percent, so be prepared for anything the future brings.

Miscelleana Rhinehart has a passion for writing about anything and everything. Right now, she enjoy writing for Nexteppe, who helps dealerships sell Michigan Cadillac dealers and others with social media and by offering new ways for customers to search online classifieds.