Most women will have an ovarian cyst at some point in their lives, though most will never know it. A majority of ovarian cysts are harmless (non-cancerous) and go away on their own. You often never experience any discomfort. However, you will have serious symptoms if the ovarian cyst ruptures.

For women under 50, ovarian cysts are almost never cancerous.

If you have an ovarian cyst, you probably won’t know it until after a routine pelvic exam. (On the other hand, if the cyst ruptures, then you will definitely know about it.)

END_OF_DOCUMENT_TOKEN_TO_BE_REPLACED 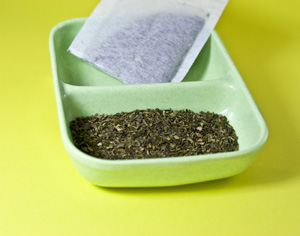 For over 4,000 years, Asians have sipped and enjoyed green tea as a warming beverage and a form of traditional medicine. Green tea has its origins in China, but it’s beloved in all the Asian countries – including Vietnam, China, Thailand, Japan, and Taiwan. In traditional medicine, green tea is believed to help with digestion, regulate blood sugar, and control bleeding.

END_OF_DOCUMENT_TOKEN_TO_BE_REPLACED 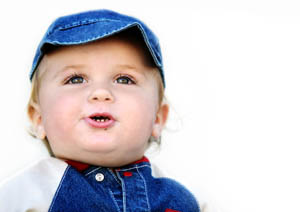 “Babies are such a nice way to start people.” ~Don Herrold

The other day I had tea with my best friend, Zenovia, who is eagerly awaiting the arrival of her first baby. She had a happy pregnancy glow which seemed to make everything about her a little brighter. As we chatted about her upcoming arrival, she began sharing the details of how tough it had been to figure out how to put together a nursery, but her nesting instincts had dictated that she get it all worked out before the ninth month. I had to laugh as I listened to her tale of woe. I remembered going through the exact same worries and frustrations when I was pregnant, too! I’d be willing to bet that most expectant moms share similar challenges, especially when it comes to the baby’s nursery.  END_OF_DOCUMENT_TOKEN_TO_BE_REPLACED 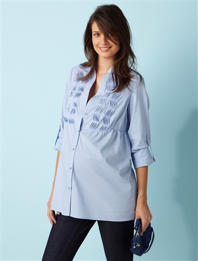 Pregnancy is a time of change and growth and there will be little adjustments to be made every day. You will notice great changes in your body as it blossoms and grows with your child. In the first trimester great activity is taking place in the womb, however externally (unless you are having a multiple pregnancy) little change will be noticeable.

The second trimester is when you start thinking about leaving the top button of your jeans undone and opting for elasticated waistbands over fitted suits. This is the time when you should consider investing in a few carefully selected items of maternity wear.

END_OF_DOCUMENT_TOKEN_TO_BE_REPLACED

Unlike in the old days when pregnant women trotted around in oversized dresses and t-shirts, mamas-to-be have many stylish options. Today’s maternity clothes are stylish and trendy.

You can find form-fitting T-shirts that show off your growing bump but are fashionable and comfortable. Maternity dresses are also very trendy and stylish for the fashionista mom-to-be. You can find strapless pregnancy dresses, as well summer dresses, scoop neck dresses, tunic dresses, and more. There are plenty of options when it comes to pants, swimsuits, and any other type of outfit you’re looking for. END_OF_DOCUMENT_TOKEN_TO_BE_REPLACED

Every family is looking to save a few extra dollars these days. With the rising cost of gas, food and utility bills, being frugal is at the top of many families’ list. However, it doesn’t have to be so hard! There are many ways to save money on everyday items and reduce your monthly expenditures.

The following 8 simple tips will become routine over time and help you save money, so read on and start saving soon!