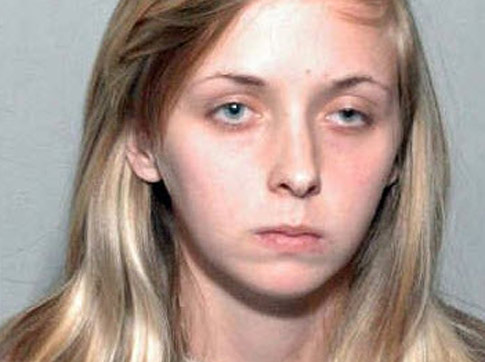 Last October, I blogged about Alexandra Tobias, the Florida woman who shook her 4-month-old baby to death after his crying interrupted her game of Farmville. She plead guilty to second-degree murder in October, and her sentencing was earlier this week.

Tobias argued that she was suffering from postpartum depression, but circuit judge Adrian G. Soud had no pity for the young mother. He gave her the maximum penalty for second-degree murder. She will be spending the next 50 years in prison.

The Florida Times-Union reports that the judge said: “He who is the most defenseless among us was murdered by his own mommy. And why? Because he was crying during a game of Fishville or Farmville or whatever was going on during Facebooking time that day.”

During the course of this trial, it was reveled that Alexandra Tobias has taken the anti-anxiety drug, Xanax (without a prescription) on the day of her baby’s death. A psychologist testified at the sentencing that Xanaz can exaggerate mood swings in depressed individuals.

Weeks before the baby’s death, both Tobias and the baby’s dad, E.J. Edmondson had been arrested for domestic violence. Apparently, they were both very angry individuals. And interestingly, a month before she shook her son to death, she had joined a Facebook advocacy group against baby-shaking.

Read the sad tale on the Florida Times-Union’s website: Jacksonville mom who killed baby while playing Farmville gets 50 years.